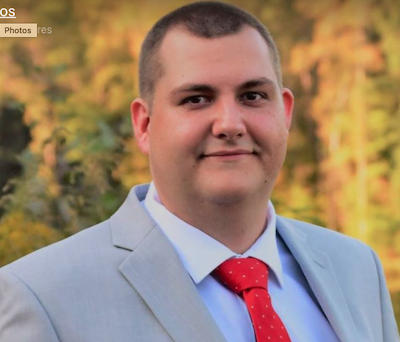 When it comes to Medicaid expansion, North Carolina remains an outlier, even though Gov. Roy Cooper has made expanding Medicaid one of his top priorities since he came to office.

The GOP-controlled state legislature has blocked Medicaid expansion ever since Cooper was elected in 2016.

Jonathan Fletcher, chairman of the Gastonia GOP, said his membership is “tired of the governor holding the budget process hostage” over the issue.

Cooper may make Medicaid expansion a focus of his reelection campaign this year, but Fletcher said his members are not persuaded that a much bigger Medicaid program – even one subsidized with federal dollars – will be good for North Carolina.

Fletcher said Republicans are concerned about the cost of covering tens of thousands more people – when many of those people currently have private insurance.

“Federal money doesn’t just pop out of nowhere,” Fletcher said. “That comes from the taxpayers, including taxpayers right here in the North Carolina.”

Expanding Medicaid to childless adults, and having the federal government pay 90 percent of the cost upfront, has won converts across the nation – even in the reddest states, such as Louisiana and Kentucky.

The latest state to get on board is Kansas, with Nebraska to follow at the end of the year.

Medicaid was designed for pregnant women, children, the very poor and the disabled, he said. Medicaid expansion would disrupt the market for private health-care options, he believes. If Medicaid is expanded in North Carolina, able-bodied working people who now get health care in the private marketplace will drop their private providers and go with Medicaid, he said.

“Projections in Kansas show that 55,000 people who currently have private insurance will switch over to Medicaid when it is expanded. We are shifting from private payers to public payers. We will see a massive decrease in the individual market,” Roberts predicted

Want to get notified whenever we write about City of Gastonia ?

Sign-up Next time we write about City of Gastonia, we'll email you a link to the story. You may edit your settings or unsubscribe at any time.